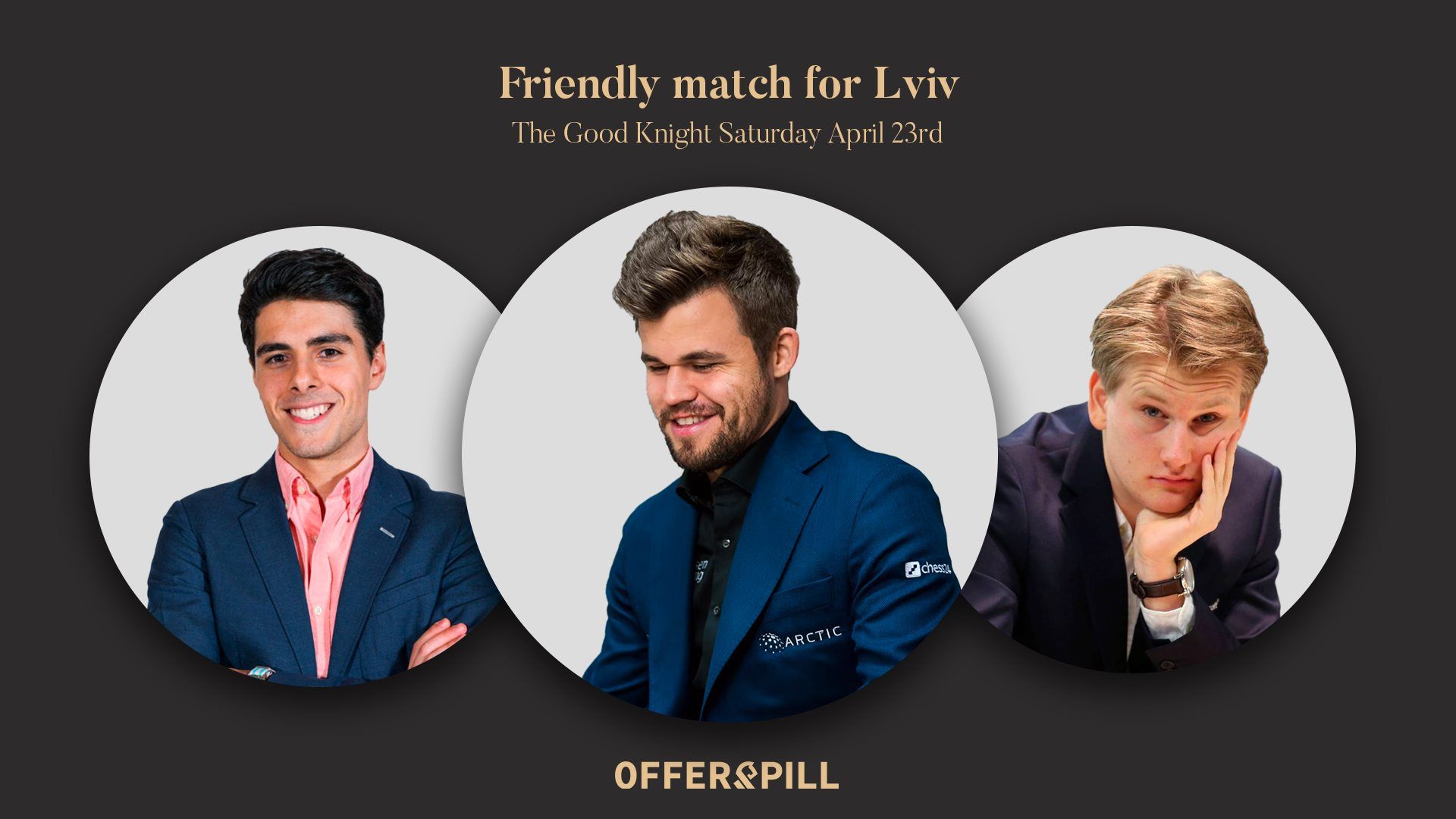 This Saturday, 23 April 2022, from 13.00 to 16.00 CET will see a solidarity match between teams from Norway and Ukraine. Magnus Carlsen leads the Norwegian team that meets in the Good Knight Pub in the centre of Oslo. Former world number two Vasyl Ivanchuk leads the Ukrainian side.

The Norwegian team is the slight favourite with an average classical rating of 2659 vs 2643. Carlsen will have more games waiting for him at the Oslo Esports Cup, a Meltwater Champions Chess Tour event, starting at 18.00 CET. Esports Cup participant Anish Giri, and his second Erwin L´Ami drew lots to decide the colours for the match.

The match will be streamed in English from the Good Knight pub on the channel of the Offerspill chess club. Chess24 commentators like Simon Williams are expected to join the action. Viewers are invited to donate for the war relief in Ukraine via their smartphone (if in Norway) or via Twitch.