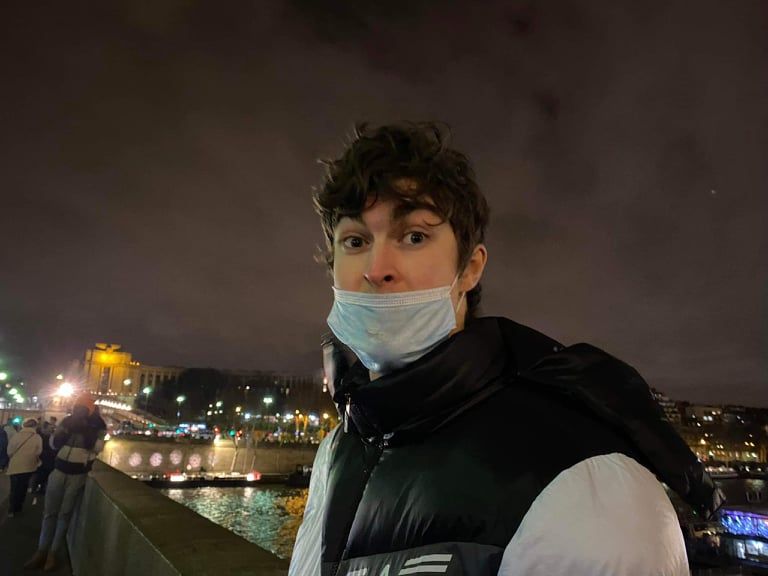 We bring forward this report from danish GM Jesper Thybo who is a  proud Offerspill member and part of our talent program. Enjoy!

In January I played in Italy, and in February I decided it was time to play another international tournament, this time In Capelle-la-Grande (France). It used to be one of the biggest tournaments, with more than 500 players, but because of covid, it was "only" around 350 players this year. Still quite a field!

I was seeded 3 in the open with more than 10 GM's, and many titleholders. I stayed in the nearby city Dunkerque (population around 90.000), and had to take bus to Capelle. Luckily all busses in Dunkerque is free! The less good part however, was that I had to wake up at 7 AM, to travel for morning rounds at 9. Sometimes these are things we have to accept to play chess!

The tournament system was also quite special. It was accelerated swiss system, meaning that players with the same points, can play very different opponents. The most bizarre was in 5th round, where a player with the same points as me faced an opponent rated 1635, meanwhile I faced 2384 rated opponent. No surprise he surpassed me that round!

In the start of the event I made some draws against lower-rated opposition, but then I played 3 players from Poland in a row, and managed to beat them all! That put me into shared first place (with players like Nihal Sarin) before the very important last round. Then it became very exciting, as the other leaders made draws, meanwhile I had a winning position. I saw that I had the chance to become the sole tournament winner, and I tried hard to achieve that. However, very unfortunately on move 41, I made a big mistake that turned the won endgame into a drawn position. My opponent never gave me chances after that, and I had to accept that the victory would be shared. I ended up 5th on tiebreaks. That's how it goes sometimes!