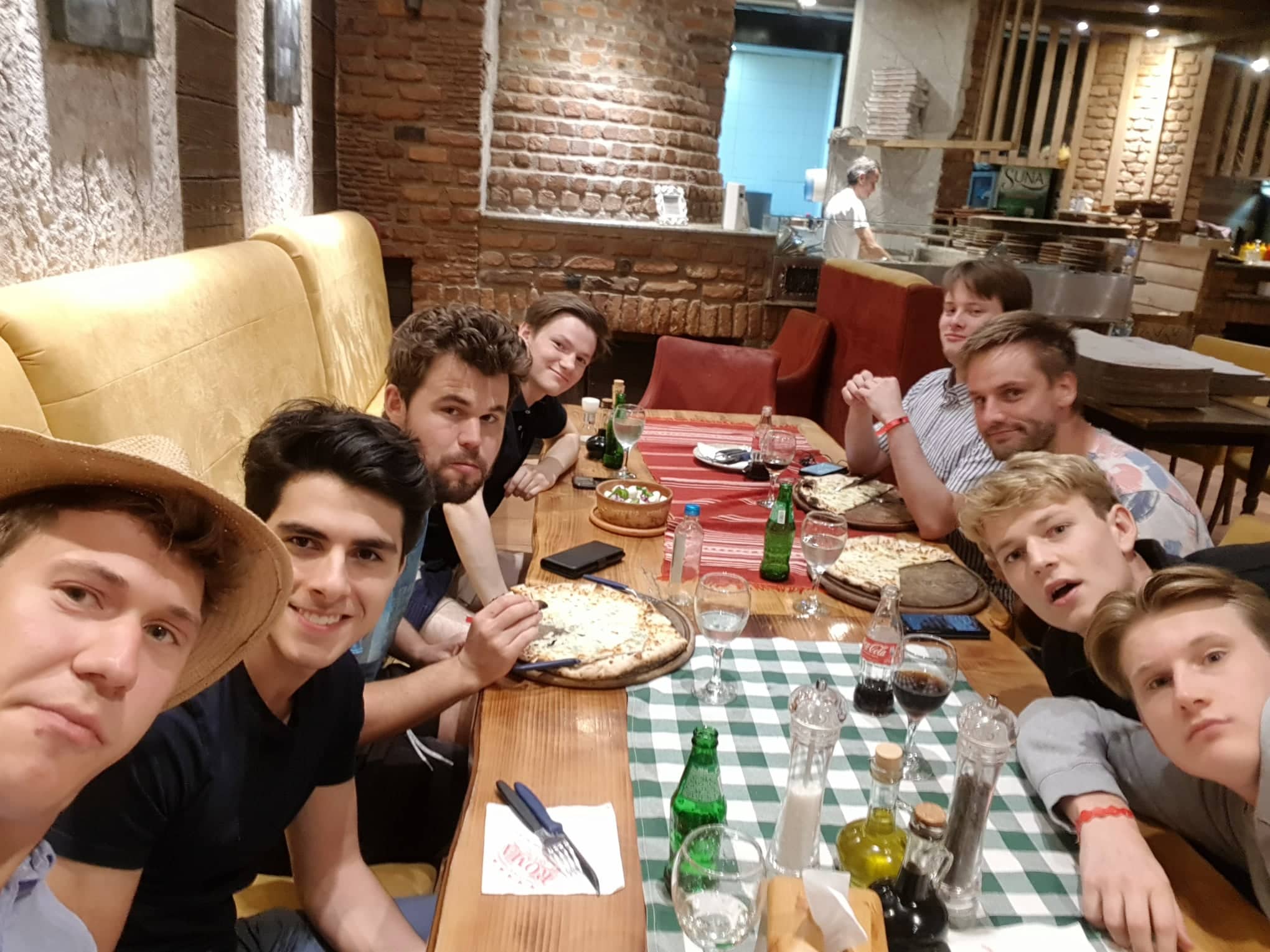 European Chess Club Cup (ECCC) is played once a year and is one of the most prestigious team tournaments in the chess world.
The tournament is played on 6 boards, with 7 rounds and some of the best players in the world participates.

Since the Norwegian Chess Federation received 5 spots in the tournament for 2021, Offerspill was given one place on rating. We quickly decided to play as there has been so few tournaments during the pandemic, and gathered a strong, all Norwegian team, including Magnus Carlsen, Aryan Tari, Johan-Sebastian Christiansen, Frode Urkedal, Benjamin Haldorsen, Lucas Ranaldi, plus the two super reserves Anders Hagen and Jon Kristian Haarr.

Getting to the tournament was not easily done. The city of Struga at Ohrid Lake is lacated a 2 hours drive from Skopje airport, and at least for my own sake the trip took about 7 hours after the bus broke down.

In the end I arrived safely non the less to the 5 stars playing hotel which included a waterpark.

In the second round on the other hand, disaster struck. Even though we met a team with approximately the same rating only myself and Lucas managed to take some points.

Worth to be noted is also the winner from Norway Chess Open, D Gukesh who barely won on the first board.

For the third round we received important backup when Magnus and Aryan arrived after finishing their tournament in Norway Chess.

Magnus' opponent played brilliantly and was extremely close to securing the draw, but Magnus fought on won in the end:

In round 4 we played yet another lower rated team. Magnus crushed on the first board, and we lost only one game by Benjamin (even though JS was in big trouble as well!).

In the 5th round we suddenly faced the top seed, Alkaloid.

Even though the team benched Shankland we simply got demolished 0,5-5,5.
A sad result as we had a lot of good positions and during the game the hope of a win was definitely alive.

Magnus was the only one who managed to get a half point against Mamedyarov, but he was also in big trouble.

There are now 2 rounds remaining in the tournament, and we don't have any chances of a top placement. Magnus also left as he is going to play the final in the Champions Chess Tour.

You can follow and play through all the games on Lichess

All the results on Chess-results

Homepage of the tournament